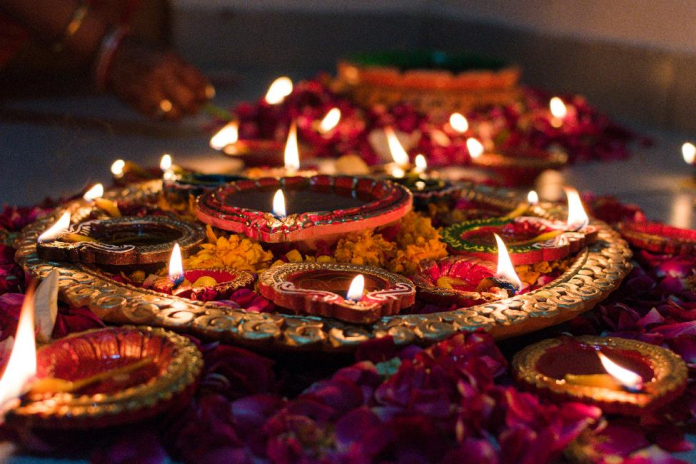 Diwali: Have the Happiest Diwali Ever

Given the joyous nature of the Diwali holiday, if you chat with any friends who observe Diwali, what kind of greeting should Christians give that is meaningful and sincere?

While Diwali is a cause for massive celebration in India, Hinduism is a minority religion in Canada. Nevertheless, Diwali still widely observed among East Indians who reside in Canada, and we have a number of neighbors here in Kamloops who will be observing Diwali. So, when it comes to acknowledging the holiday, Christian brothers and sisters may be wondering, "What's the appropriate holiday greeting?"

Background to the Holiday

Diwali is a five-day festival and one of the most important Hindu festivals in India. The term diwali derives from ancient Sanskrit, meaning “row of lamps.” During Diwali, houses, shops and public places will be decorated with small oil lamps called diyals. Over the years, the holiday has become one that's celebrated across India by Hindus, Sikhs, Jains and even some Buddhists. Often called the "festival of lights," the holiday celebrates the victory of light over darkness and good over evil.

Diwali originated as a celebration to mark the final harvest of the year. The need for agricultural prosperity led Hindus to seek the divine blessing of Lakshmi, the goddess of wealth and success. Despite Diwali’s roots in agriculture, Hindus have since ascribed its origin to their own mythology to stress the importance of good over evil.

Lakshmi is still worshiped, but regional Diwali festivities also commemorate different myths about the defeat of demons. In north India, Hindus celebrate the story of lord/king Rama’s return to the city of Ayodhya after defeating the demon king Ravana. It’s said that at King Rama’s return, people lit lamps, burst firecrackers, and decorated the city to welcome him home. West Indian Hindus tell the myth of lord Vishnu defeating the demon king Bali, who was subsequently sent to rule the underworld. South Indian Hindus believe Diwali commemorates the lord Krishna’s destruction of the demon Narakasura, who had become a terror to the men of earth.

For the more secular, the lighting of oil lamps during the festival season represents the inner light, or atman, residing in the soul. Each person’s atman is believed to be an extension of the ultimate divine being himself, Brahman. For Hindus, awareness of one’s atman leads to freedom from spiritual darkness, victory over evil, and the dissipation of ignorance that hinders true knowledge of self, love, and joy.

Essentially, Diwali is an expression of gratitude for a plentiful harvest, or a celebration of the triumphant march forward of good over evil, or it can also be a celebration of light over darkness, or in its secular form, the eventual enlightenment for the human soul.

Whatever an East Indian may think about the meaning of the Diwali holiday, we can rest assured of this: this is a holiday that is fully ripe with opportunity for sharing the Gospel! Given the joyous nature of the holiday, if you chat with friends who observe Diwali, what kind of greeting should Christians give to them?

Paul said that he became all things to all people in order that, by the grace of God, he could save some of them (1 Corinthians 9:22). Before thinking through what a meaningful Christian greeting might be, it would be helpful to consider some of the traditional greetings that are actually used in India. Here are a few recommendations for traditional Diwali greetings from the Times of India:

"May this Diwali be a Diwali of discovering the eternal light that dispels darkness forever, where you discover in Jesus the true, eternal, and enduring light of the world, the light of life. Happy Diwali!"

I hope you can think through some variation of it. If nothing else, you could also just say "Happy Diwali!" and then quote John 8:12.

Brothers and sisters, let's give thanks to the true Lord, who is indeed the Lord of the harvest, and sends us out into the world to preach the good news!