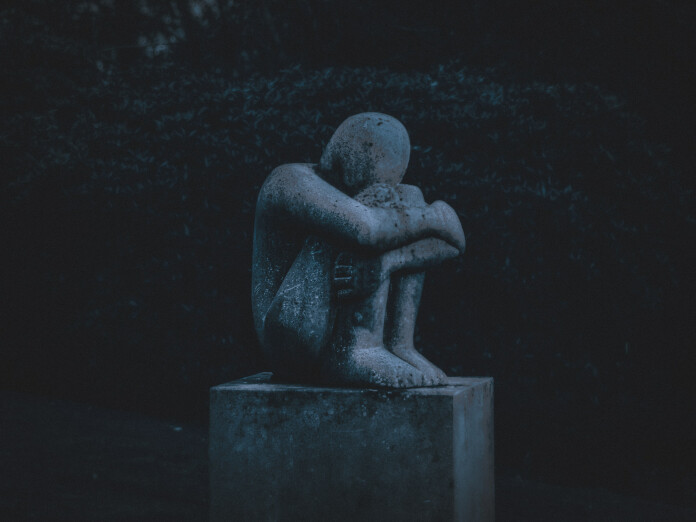 Where do Babies Go when The Die, Part 3: Does God Judge our Nature or Our Actions? 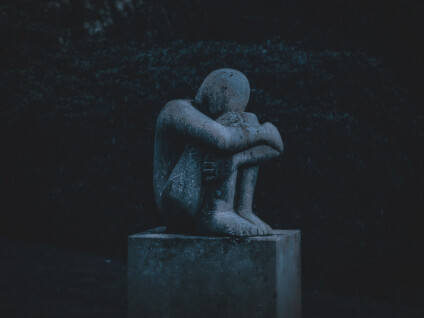 The death of a baby is the most tragic thing. It is only natural for moms and dads to grieve at the loss of such a precious and innocent life. Doctors are called upon to explain the physiological causes of death, but the real task of providing comfort and care to the soul of grieving parents belongs to the church. It is fellow brothers and sisters in Christ who can offer properly grounded reassurances, who can offer comfort that rests on the solid rock of God’s Word.

So what comfort can we offer to our friends who mourn the death of their child?

We’ve been discussing this over the last couple of posts. You can click here for our previous discussion:

Where do babies go when they die?

Where do babies go when they die, Part 2: What do we inherit from Adam?

Having considered that everyone inherits a sin nature from Adam, but not guilt, we now have to grapple with the status of infants before the judgment seat of God. Is having a sin nature worthy of consignment to hell? Does God judge a sinful nature inclined toward sin, or does God judge sinful trespasses enacted from a defiant will that understands right from wrong?

The grieving parent and even the astute student of Scripture may ask, “Why can’t God judge both the sin nature and the sinful trespasses?” Fair point. We shall have to deal with all of it.

Does The Scripture Speak of a Sin Nature?

The Bible does, indeed, speak of an inner essence that defines human beings created in the image of God. As Saint James was writing to encourage the early church to engage in prayer, he mentions the powerful prayer of Elijah. Notice his comparison of Elijah to the early, first-century Christians:

“Elijah was a man with a nature like ours, and he prayed fervently that it might not rain, and for three years and six months it did not rain on the earth.” (James 5:17, ESV, bold is my own)

Additionally, as men and women, we are created in the image of God. God is described as having a nature or essence within the Scriptures:

“...by which he has granted to us his precious and very great promises, so that through them you may become partakers of the divine nature, having escaped from the corruption that is in the world because of sinful desire.” (2 Peter 1:4, ESV, bold is my own)

Unbelievers are described very explicitly as having a sinful nature in Ephesians 2:3,

“…among whom we all once lived in the passions of our flesh, carrying out the desires of the body and the mind, and were by nature children of wrath, like the rest of mankind.” (Ephesians 2:3, ESV, bold is my own)

So it is absolutely correct and precise to talk of humanity as having a nature or inner essence that defines them. But the question is this: does God (1) judge our sin trespasses and not our sin nature, or (2) judge both our sinful trespasses and our sinful nature.

What does God Judge: Trespasses or Sin Nature?

Paul makes it explicitly clear that God judges and condemns us for our sinful trespasses. In two separate passages, Paul points to the actual trespasses as the objects of judgment.

“And you were dead in the trespasses and sins in which you once walked, following the course of this world, following the prince of the power of the air, the spirit that is now at work in the sons of disobedience— among whom we all once lived in the passions of our flesh, carrying out the desires of the body and the mind, and were by nature children of wrath, like the rest of mankind.” (Ephesians 2:1–3, ESV, bold is my own)

“And since they did not see fit to acknowledge God, God gave them up to a debased mind to do what ought not to be done. They were filled with all manner of unrighteousness, evil, covetousness, malice. They are full of envy, murder, strife, deceit, maliciousness. They are gossips, slanderers, haters of God, insolent, haughty, boastful, inventors of evil, disobedient to parents, foolish, faithless, heartless, ruthless. Though they know God’s righteous decree that those who practice such things deserve to die, they not only do them but give approval to those who practice them.” (Romans 1:28–32, ESV, bold and underline are my own.)

So it is clear that judgment and condemnation are decreed against those who engage in sinful trespasses. But now we come to the trickier question: does God judge the sinful nature?

Does God Judge the Sinful Nature?

The Bible seems to strongly indicate that the presence of a sin nature is sin. A couple of verses make it clear that the very character of the heart is sin in God’s eyes. Consider the following:

“O Jerusalem, wash your heart from evil, that you may be saved. How long shall your wicked thoughts lodge within you?” (Jeremiah 4:14, ESV, bold is my own)

“The heart is deceitful above all things, and desperately sick; who can understand it?” (Jeremiah 17:9, ESV)

There can be no denying that we need to be saved from our sin nature, but the question we are is asking is this: are we condemned to hell for nothing more than merely possessing a sin nature that we inherited from Adam? And the Bible appears to lean away from this conclusion.

Looking back at Romans, take two statements together and consider what they are saying:

“For all who have sinned without the law will also perish without the law, and all who have sinned under the law will be judged by the law. For it is not the hearers of the law who are righteous before God, but the doers of the law who will be justified. For when Gentiles, who do not have the law, by nature do what the law requires, they are a law to themselves, even though they do not have the law. They show that the work of the law is written on their hearts, while their conscience also bears witness, and their conflicting thoughts accuse or even excuse them on that day when, according to my gospel, God judges the secrets of men by Christ Jesus.” (Romans 2:12–16, ESV)

“Therefore, just as sin came into the world through one man, and death through sin, and so death spread to all men because all sinned— for sin indeed was in the world before the law was given, but sin is not counted where there is no law. Yet death reigned from Adam to Moses, even over those whose sinning was not like the transgression of Adam, who was a type of the one who was to come.” (Romans 5:12–14, ESV)

The Bible affirms that the Law, the decree of God to do righteous judgment against sin, is the instrument that God uses to condemn us. The Bible speaks about the Law being written on human hearts, so that every man on the face of the earth understands by his conscience that he is a sinner who stands guilty before God.

But did you notice something interesting about both of those passages? They both took pains to show that if there is no law then there is no counting of sin and no judgment against sin. Please don’t misunderstand the passages. We’re not talking about remote cultures in the interior of the Amazonian jungle getting a pass just because they don’t have copies of the Old Testament available to them. God is quite specific that everyone has the moral law written on their heart. It is intrinsic.

Nevertheless, Paul makes two statements: (1) if you don’t have THE LAW, i.e. the Pentateuch, you still have the moral law and you still die, either under THE LAW or under the moral law, and (2) sin is not counted where there is no law.

The whole world knows there is a God and defiantly sins against Him. This happens in every tribe, in every culture, and in every country. From Adam to Noah and eventually to Moses, men actively sinned against God and received His just judgment in death and in the eventual catastrophic judgment of the entire world through the flood. They clearly knew they were defying God for they had the moral law of God already written upon their hearts. All of this is clearly understood, and yet Paul feels the need, under the controlling inspiration of the Holy Spirit, to put in a certain caveat, to include a certain nuance to what would otherwise be sweeping, comprehensive statements of condemnation.

Why the nuance? Why the caveat?

I answer, infants and the mentally handicapped. Romans 5:13 becomes an incredible promise to those who have lost little children.

One very helpful testimony from King David gives assurance that this must be the correct understanding of God’s justice. God strikes down David’s child as a punishment of David’s adultery with Bathsheba and subsequent murder of her husband, Uriah. Upon learning of the death of his baby, David responds to the servants:

David had hope in God that in death he would see His child again. As a worshipper of God, we know that David was destined to receive eternal life and now abides in Heaven. If David had confidence in God that he would see his child again, it can only be because David understood the grace of God to not count his sin nature against him, and to take his child, born with a sinful nature, to live in heaven.

I praise and worship the most perfect person in all the earth, the God of Abraham, Isaac, and Jacob. I praise Him for His perfection, and I adore Him for His mercy and His grace.

Tags: baby, god, infant, what happens to babies when they die, when babies die, where do babies go when they die