When Babies Die: What do We Inerit from Adam? 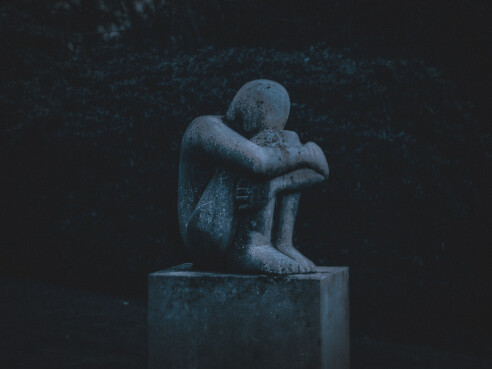 Inheritance doesn’t just apply to physical traits. It also applies to spiritual traits. Theologians universally agree that all humanity has inherited something from Adam. The traditional way of expressing this is to refer to it as “The Doctrine of Original Sin.” But what exactly does that mean?

Romans 5:12-21 is probably the most important biblical text to consider in this study because it directly links Adam’s sin with human sinfulness. But it's important to carefully draw meaning out of the text rather than read meaning into it, and here’s where biblical scholars and theologians disagree. For the sake of expediting this post, saving myself a lot of time writing and having to cite a lot of theologians and provide a lot of footnotes, let me just put the issue bluntly:

With regards to the Doctrine of Original Sin, does humanity inherit (1) both the sin and the guilt of Adam, or (2) just the sin of Adam, but not his guilt?

Take a moment and digest the passage for yourself:

“Therefore, just as sin came into the world through one man, and death through sin, and so death spread to all men because all sinned— for sin indeed was in the world before the law was given, but sin is not counted where there is no law. Yet death reigned from Adam to Moses, even over those whose sinning was not like the transgression of Adam, who was a type of the one who was to come. But the free gift is not like the trespass. For if many died through one man’s trespass, much more have the grace of God and the free gift by the grace of that one man Jesus Christ abounded for many. And the free gift is not like the result of that one man’s sin. For the judgment following one trespass brought condemnation, but the free gift following many trespasses brought justification. For if, because of one man’s trespass, death reigned through that one man, much more will those who receive the abundance of grace and the free gift of righteousness reign in life through the one man Jesus Christ. Therefore, as one trespass led to condemnation for all men, so one act of righteousness leads to justification and life for all men. For as by the one man’s disobedience the many were made sinners, so by the one man’s obedience the many will be made righteous. Now the law came in to increase the trespass, but where sin increased, grace abounded all the more, so that, as sin reigned in death, grace also might reign through righteousness leading to eternal life through Jesus Christ our Lord.” (Romans 5:12–21, ESV, bold is my own)

There are clear parallels between the actions of Adam and of Jesus presented in verses 5-19. Adam’s trespass, his original act of sin, brought judgment, condemnation, and death for all people. We are all sinners, standing under judgment and expecting condemnation as a result of what Adam did. Conversely, God’s grace is demonstrated in Christ’s one act of righteousness which brought grace, justification, and righteousness for many people.

But there are two views of how Adam’s sinful actions are imputed (passed on) to us, or what exactly we inherit from Adam. These are known as the immediate and mediate views of imputation or inheritance.

Immediate Inheritance/Imputation comes down to us through church history from the Augustinian-Calvinist tradition. According to this view, the final phrase in Romans 5:12, “because all sinned,” means that all people are guilty because all people sinned in Adam. This view teaches that all people were present in Adam or were represented by Adam, and were participants, in some sense, with Adam when he sinned. Therefore, humanity receives immediate sin and guilt from Adam.

The Mediate Inheritance/Imputation affirms that everyone is sinful because of Adam, but it denies that we are guilty due to Adam. While this view is more prevalent within the Eastern Tradition of Christianity, there are many historic church theologians of the Western Tradition who disagreed with the Augustinian-Calvinist view of Immediate Imputation and also embraced the Mediate view of imputation.

I’m going to argue in favor of the Mediate View of Inheritance or Imputation. I’m going to do this based on an analysis of the text. Consider the passage again:

“Therefore, just as sin came into the world through one man, and death through sin, and so death spread to all men because all sinned…”

The last phrase of Romans 5:12, “because all sinned,” is the critical phrase. Grammar is our only guide to the proper interpretation of this phrase. Again, for the sake of not having to cite dozens of experts on Koine Greek grammar, let me give you one quote simply to make the case:

“[The] dominant consensus [is that this phrase is] best taken as ‘for this reason, because.’” –James D.G. Dunn, The Theology of Paul the Apostle, (Eerdmans, 2006), pg. 95. (In support of his view, Dunn cites Cranfield, The Epistle to the Romans, 274-81. He also interacts with A.T. Robertson and a host of other renowned New Testament Greek Scholars.)

The phrase, “because all sinned,” is a causal clause. Paul is stating that the cause of death spreading to all men was a result of the actions of those men, namely they sinned. In other words, because men engage in the activity of sin, they die. Death comes through sin, which is what Paul had just said prior to this last phrase. Sin does not come through death, but death comes through sin.

Many modern English translations embrace this rendering of the Greek Phrase including the ESV, HCSB, NASB, NIV, NKJV, and the NET Bible.

If it is a person’s action that brings about death, then why do babies die? Why are there miscarriages, why are there abortions, why do young children sometimes not survive? It is important to remember that Adam’s sin resulted in a hostile environment that is bent on the destruction of those creatures that are the special creation of God as well as those creatures that are directly created in His image. Romans 8 states:

“For the creation was subjected to futility, not willingly, but because of him who subjected it, in hope that the creation itself will be set free from its bondage to corruption and obtain the freedom of the glory of the children of God.” (Romans 8:20–21, ESV)

The Bible makes it clear that corruption is the environment into which we are born. Our world is bound to corruption as a result of Adam’s sin. This results in a diseased reproductive cycle that sometimes results in miscarriages and early infant death, and this reproductive process now hinges on sinful adults who are sometimes inclined towards the murder and abortion of their own children. Children dying in infancy is the result of a sinful environment that is now bound to corruption, not as a result of the guilt of the child in the womb.

Indeed, as we return for our final look at Romans 5, the text makes it clear that all humanity actively sins, and it is their actions that bring about the penalty of death.

The verb within the causal clause, “all men sinned,” is in the active tense. The act of sinning is a literal, outward action that is described in the most basic Greek tense for action.

But many theologians within the Calvinist-Augustinian tradition assert that there is no conflict grammatically speaking with saying that all men sinned because Adam sinned. Douglas Moo states, “Paul can therefore say both ‘all die because all sin’ and ‘all die because Adam sinned’ with no hint of conflict because the sin of Adam is the sin of all people. All people, therefore, stand condemned ‘in Adam’, guilty by reason of the sin all committed ‘in him’”, (Moo, Romans 1-8, pg. 338).

Moo is asserting that perhaps there is a dual causality here: Adam sinned and therefore all men have sinned in Adam and because Adam sinned, all men now sin. It’s not necessarily an either/or, but a both/and. Men are guilty because of their own sin, and men are guilty because of Adam’s sin. But in embracing a both/and reading of this text, Moo ultimately sides with the Calvinist-Augustinian tradition of Immediate Imputation. It’s not logically possible to say that a sinful nature and guilt are equal to a sinful nature without guilt. That is a contradictory statement.

While I concede that it is possible to take Paul’s meaning this way as Moo has suggested and thus come to the conclusion that humanity receives guilt from Adam, the overarching context of Romans gravitates away from this. To suggest that humanity inherits not only sinfulness but also guilt from Adam is to read into the text something that is not explicitly stated! Scholars who hold to the Immediate Imputation view of the Doctrine of Original Sin are basically reading Romans 5:12 this way:

“Therefore, just as sin came into the world through one man, and death through sin, and so death spread to all men because all sinned (IN ADAM)…”

The words, “in Adam”, are not in the text. They have to be read into it. But there is a better reason to doubt Moo’s assertion. The overarching context of Romans indicates that men become guilty the moment they actively sin. In Romans 3:10, we see a classic statement of man’s unrighteousness (sinfulness). What follows in Romans 3:11-18 is not a summary of man’s sinful nature, but of his sinful actions. Humankind is indicted for its failure to understand or seek God (Vs. 11), for turning away and failing to do good (Vs. 12), for speaking sinful words (Vs. 13-14), and for killing, failing to live peaceably, and failing to fear God (Vs. 15-18). These are all indictments by God against sinful actions not a sinful nature.

The significance? The Augustinian-Calvinist tradition argues for guilt on the basis of a sinful nature and guilt as something we inherit from Adam, but Paul, writing under the direction of the Holy Spirit, argues for human guilt on the basis of sinful actions without mentioning our sinful nature, (For a longer treatment and defense of this same position see Wayne Grudem, Systematic Theology, pg. 499-500).

The context of the chapters preceding Romans 5, a basic reading of Romans 5:12-17 that strains carefully not to read anything into the text, leads to the suspicion that man must inherit (1) sinfulness/sin-nature and (2) a corrupted and sinful environment from Adam. But the assignment of guilt to all humanity as a result of Adam’s sin is not explicitly taught in the Scriptures.

So as you consider what your children inherited from you - your eyes, her mouth, grandpa’s nose – be reminded of the fact that they also inherited your sinfulness which you are passing down from Grandfather Adam. And as bad as that is, be thankful that God’s Word does not say that they inherit your guilt. They will be guilty of sin soon enough, but they are not guilty immediately upon conception.

Next time we will look at the question of, Does God judge our sinful nature or our sinful actions?

See Part 3: Does God judge our nature or our actions?