When Babies Die: What Happens to Babies When They Die? 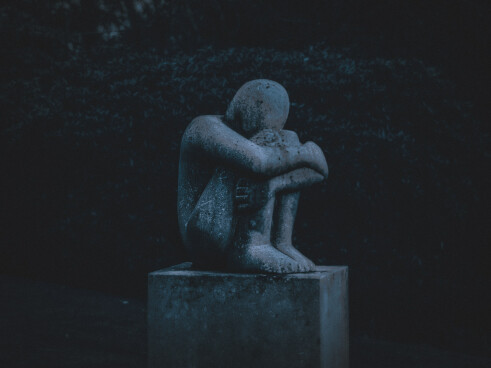 As if it was yesterday, I remember vividly walking down the hall, on my way to the ICU at Royal Inland Hospital here in Kamloops to visit a church member recovering from surgery when I heard the inconsolable crying of parents who had just lost their child. In a room that I passed, I overheard the hushed tones of consolation being whispered to these grieving parents, but none of it was clear through the weeping. At one point, the mom cried through sobs, “Why God? Why, oh why God? My baby was only a year old!”

The Bible presents a dilemma concerning infants. Genesis 3 and Romans 5 chronicle humanity’s fall into sin and the horrific legacy of subsequent generations. We all have a relationship with Adam, and we are all sinners as a result of the rebellious will, nature, and environment that we inherit from our great grandfather. Even before understanding the difference between right and wrong, the Bible makes clear that we are sinful people from the moment of conception.

“Behold, I was brought forth in iniquity, and in sin did my mother conceive me.” (Psalm 51:5, ESV)

The dilemma arises when considering the death of an infant. For our purposes, I am going to define an infant as a person who is one year old or younger, including the preborn all the way to the moment of conception. Infants are a part of sinful humanity. They are people. So even if infants are not aware that they are sinners, they have still received a sinful nature from Adam, which they will inevitably act upon later in life and knowingly commit rebellion against God. Therefore, it seems reasonable to conclude that infants who die apart from faith in Jesus Christ will enter into judgment for their sinfulness and be condemned to an eternity in hell. Reasonable, that is, if you are a cold hearted sociopath with no feelings of compassion or empathy for the plight of the most helpless in our society.

Herein lies the two-fold problem: (1) do our notions of the eternal destiny of people who die in infancy result from the Word of God or our own sentimentality and emotionalism, and (2) how can an infant who does not yet possess the mental faculties to understand the historical facts and promise of Christ or the cognitive capacity to hope in Christ and to surrender his will to Jesus as Lord possibly be condemned for their sin? I don’t want to be guilty of reading my own ideas of right and wrong, holiness and grace back into the Scripture. I most assuredly don’t want my doctrine of salvation to be corrupted by my general love of children. But at the same time, there is a logical problem. People who do not mature into early childhood never had a chance to hear, understand, and respond to the Gospel. It’s not that they do not hear and respond to the Gospel; infants cannot hear and respond to the Gospel.

It seems wrong to think that those who die in infancy would spend eternity in hell, apart from the loving God of the Bible who is described as the ultimate Father. But it seems equally wrong to think that the God of the Bible who is described as the ultimate in holiness would welcome sinful people – not matter how young – into heaven. Thus the dilemma. I am suspicious of my own emotional turmoil over this question, but at the same time I believe that my unease may be attached to the image of God, which I bear. There is, I suspect, a divine prompting that compels us to find a satisfactory answer to this question. We must seek enlightenment in order to reconcile the dilemma.

How does God welcome some, or any, sinful infants into heaven? Or does He consign all to hell? Mysteriously, the Bible does not explicitly answer this question. When Anabaptist leader Balthasar Hubmaier (1480-1528) was asked about the eternal destiny of unbaptized infants, he wrote, “I confess here publicly my ignorance. I am not ashamed to not know what God did not want to reveal to us with a clear and plain word,” (Hubmaier, On Christian Baptism, 140). Because the Bible does not directly address the issue, we can only build a case for how we think God deals with people who die in infancy.

But this is a great privilege. Though the Scriptures do not state explicitly what happens to infants who die, I believe that God ordained the tragedy of infant death to prompt our contemplation of His character and to drive us to consider more closely what our Father says in His Word about His own character, the power of the Law, the moment true guilt is established, and the richness of His grace.

Here is my proposition: I believe that people who die in infancy dwell with the Father in heaven. I will attempt to argue for this position by answering a number of questions in subsequent posts by exegeting select passages of Scripture and harmonizing them. The questions I will attempt to answer are as follows:

If this is something you have never fully satisfied in your own mind, then I trust you’ll come along with the rest of us as we travel down this path. Whatever conclusions you come to, even if you don’t agree with some of my own conclusions, I trust that we will be richly rewarded for our journey into God’s Word as we consider His character on this issue.

See Part 2: What do we inherit from Adam?

See Part 3: Does God judge our nature or our actions?