Being an older pastor, Dr. Sugden mentored many younger pastors, one of whom called him one day to ask if he could come for a visit. When the young pastor came, he told Dr. Sugden that he would have to resign from his church “because the people hated him”. Dr. Sugden probed a little about this church of 200 who hated their pastor. “So how many of those people hate you?” The answer came, “Well there is this one man....”

That young pastor was suffering from the curse of a wrong perspective.

The prophet Elijah had run for his life from the wicked Queen Jezebel. Over 80 miles from Jezreel to Beersheba where he left his servant, then he went another day’s journey into the wilderness, where he collapsed and called on God to take his life.

1 Kings 19:4  But he himself went a day’s journey into the wilderness, and came and sat down under a juniper tree: and he requested for himself that he might die; and said, “It is enough; now, O LORD, take away my life; for I am not better than my fathers.”

It was all gone. The threat of one wicked woman had done him in. Emotional tension will do that to us at times, won’t it?  His perspective had changed.  Confidence had been replaced by confusion. Destiny had been overcome by the terrible “d’s - defeat, despondency, discouragement, depression. Lord, take my life!

And yet, not a word of reproach from God.

Of course, God did not take his life. Instead, in sovereign grace, He gave him a good night’s sleep, and sent an angel to prepare his breakfast. He slept again, and was fed again in preparation for a journey of 40 days and 40 nights in the wrong direction. “And therefore, as he would go, God anticipated his needs, though they were the needs of a truant servant and a rebellious child. In wrath, he remembered mercy, .. Let us pause to adore the wonderful love of God which gives men life and breath and all things, even though He knows that they will be used for selfish ends and in direct opposition to His revealed will.” ibid p. 112

1 Kings 19:7  And the angel of the LORD came back the second time, and touched him, and said, "Arise and eat, because the journey is too great for you." 8  So he arose, and ate and drank; and he went in the strength of that food forty days and forty nights as far as Horeb, the mountain of God.

9   And there he went into a cave, and spent the night in that place; and behold, the word of the LORD came to him, and He said to him, "What are you doing here, Elijah?"

Good question! And a good answer would have been, “Lord, I am so sorry for doubting you. I am sorry for running away. Please forgive me for my fear, and for my sin. I’ll be ready to go back soon and complete the work you have given me to do,”

But that was not his answer. His answer is found in 19:10  So he said, "I have been very zealous for the LORD God of hosts; for the children of Israel have forsaken Your covenant, torn down Your altars, and killed Your prophets with the sword. I alone am left; and they seek to take my life."

He chose to tell the Lord of his loyalty, and of the people’s sinful backslidings. “I am the only one left. I am the only true servant you have.”

11  Then He said, "Go out, and stand on the mountain before the LORD." And behold, the LORD passed by,

Remember that this was Mount Horeb where God came down on the mountain in awesome power. Exodus 19:16 Then it came to pass on the third day, in the morning, that there were thunderings and lightnings, and a thick cloud on the mountain; and the sound of the trumpet was very loud, so that all the people who were in the camp trembled. ... Exodus 20:18  Now all the people witnessed the thunderings, the lightning flashes, the sound of the trumpet, and the mountain smoking; and when the people saw it, they trembled and stood afar off. 19  Then they said to Moses, "You speak with us, and we will hear; but let not God speak with us, lest we die."

Surely Elijah could expect some great and powerful sign from the Lord in such a place.

1 Kings 19:13 “So it was, when Elijah heard it, that he wrapped his face in his mantle and went out and stood in the entrance of the cave. Suddenly a voice came to him, and said, "What are you doing here, Elijah?"

Here is the question for a second time. Here was another opportunity for Elijah to humble himself and acknowledge his sin of doubt and unbelief and fear. But once again he chose to vindicate himself.

14  And he said, "I have been very zealous for the LORD God of hosts; because the children of Israel have forsaken Your covenant, torn down Your altars, and killed Your prophets with the sword. I alone am left; and they seek to take my life."

This is not the first time nor the second time when he has made this plea. Back there on Mount Carmel, he had said told the same story. 1 Kings 18:22  Then Elijah said to the people, "I alone am left a prophet of the LORD; but Baal’s prophets are four hundred and fifty men.

The sad part of a wrong perspective is that it was not true. Before any of the conflict on Mount Carmel, when Elijah went to meet Ahab, he met Ahab’s servant, Obadiah. Here was a man in the very palace of the most wicked king and queen who ever ruled over Israel. It appears that Elijah was unaware of the true nature of this man, Look at 1 Kings 18:3 “And Ahab had called Obadiah, who was in charge of his house. (Now Obadiah feared the LORD greatly. 4  For so it was, while Jezebel massacred the prophets of the LORD, that Obadiah had taken one hundred prophets and hidden them, fifty to a cave, and had fed them with bread and water.)

At great personal risk and sacrifice, Obadiah had saved the lives of 100 prophets from Jezebel’s terrors.

Elijah was not all alone!

When God spoke to Elijah with that still small voice, he commissioned Elijah to new duties. He was to anoint three men to serve the Lord: Hazael, too be king over Syria; Jehu as king over Israel, and Elisha to take Elijah’s place. But there was more.

Here was God’s astonishing word to the prophet who thought that he was all alone. 1 Kings 19:18  "Yet I have reserved seven thousand in Israel, all whose knees have not bowed to Baal, and every mouth that has not kissed him."

Imagine that one hundred prophets spared by Obadiah, and 7,000 who were true to the Lord their God in spite of Elijah’s certainty that he was the only one who was still prepared for the service of God in Israel.

So, that’s the problem with the curse of a wrong perspective. A false perspective magnifies our own sense of being right in our own eyes, and it diminishes our confidence in the fact that God is completely in charge, and is not really dependent on us.

It is sad to see a person who is an absolutely faithful servant of the Lord get caught up in a false outlook. But it happens to Christians all too frequently.

It is entirely possible to be absolutely right, to be absolutely faithful to the Lord, utterly determined to do God’s will, and yet to be under the curse of a wrong perspective. “I only I am left.”

It is perfectly true that things often look bleak to the observer of Christianity in our western world. Whole denominations seem to be threatened with apostasy. There are writers and speakers who seem to almost glory in spreading the word of just how bad everything is. Their web sites cast a spell of doom over the land and dear saints of God pick up the warnings and spread them to others.

Now, there are distressing things. There’s no doubt about it, but let us not forget that God is still on the throne. God still has his 7,000 who have not bowed their knee to Baal.

The Southern Baptist Convention is an example of a denomination being turned back to the Lord by the faithful ministry of men in leadership positions within the Seminaries.

We have heard negative things about a particular denomination here in Canada, and yet my son-in-law has just accepted a call to a church in that denomination because that church wants a sound, solid pastor and preacher of the Word to lead them in standing strong for the truth.

There is a whole movement of pastors and churches who are from various denominations who have been getting together and holding conferences for quite a number of years, called “Together for the Gospel” and other designations, mostly with younger men absolutely committed to the truth of God’s Word, and eager to encourage one another in standing strong for the Lord Jesus.

You have heard us express concerns for our own Fellowship in B.C. But believe me we have some good men who are committed to making as sure as possible that our Fellowship remains true to God’s Word. We have two of those men right here in First Baptist Church.

When the church at Rome was questioning the future, the apostle Paul reminded them of the prophet Elijah and assured them that Romans 11: 4  But what does the divine response say to him? "I have reserved for Myself seven thousand men who have not bowed the knee to Baal." 5  Even so then, at this present time there is a remnant according to the election of grace.

I don’t know whether that young pastor who came to Dr. Sugden went back to his church renewed in confidence or not. I hope he did.

I hope that he received the counsel of his mentor and returned to his church in the power of the Lord, rather than remaining under the curse of a wrong perspective. 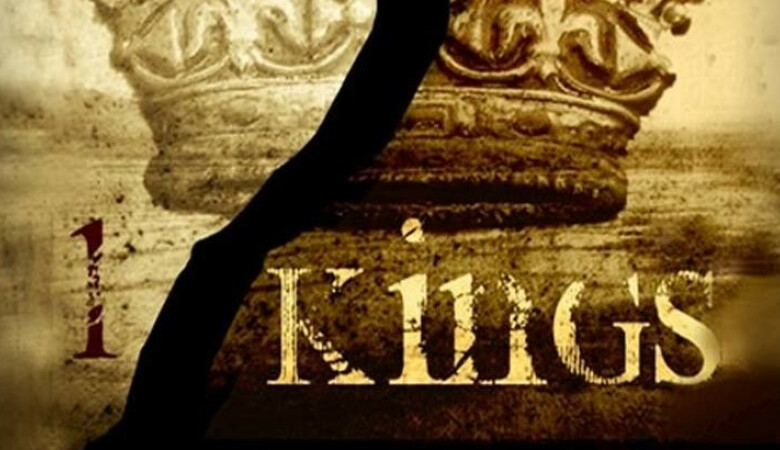 Elijah could not rightly estimate the influence of his life in Israel...