Grandma’s house was a great place for the family to gather after church. The children and some of the grandchildren were gathered around as the conversation got underway about the message they had heard that morning about the return of Christ and the new heavens and new earth and how3 wonderful it will be to be in that place of glory and righteousness.

The conversation was winding down and Grandma had not had a chance to express her thoughts, when 4 year old Tommy, who had been taking it all in, spoke up and said, “Well all of you can go to heaven if you want, but I want to stay here with Grandma.”

Last Sunday evening, I spoke from 2 Peter 3: 1 - 9 about “The return of Christ and Those who ridicule our Faith” and this morning Pastor spoke about the fact that the Son of God will judge the nations in the day of his return.

Tonight I want to speak to you from 2 Peter 3: 10 - 13 about A terrible end and a glorious beginning.

People don’t want to speak about the possibility of a terrible end for this world and yet we live in an age of great pessimism about the future of planet earth. Over and over again we hear dire predictions about chemicals in our food and in various products we use, the depletion of our resources, global warming and the melting of the polar icecaps, the hole in the ozone layer, the destruction of the rain forest, the availability of weapons of mass destruction and on and on and on.

Deep down inside, people know that the wickedness of the world cannot go on forever. There has been too much pain, too much suffering, too many wars, too many atrocities. People openly say, “If there is a God, why doesn’t He do something?

2 Peter chapter 3 is the answer to that question. This chapter tells us that God will not let sin go unchecked forever. Christ is going to return. His return is bound up with “the day of judgement and perdition of ungodly men.”

3:10 “But the day of the Lord will come as a thief in the night, in which the heavens will pass away with a great noise, and the elements will melt with fervent heat; both the earth and the works that are in it will be burned up. 11  Therefore, since all these things will be dissolved, what manner of persons ought you to be in holy conduct and godliness, 12  looking for and hastening the coming of the day of God, because of which the heavens will be dissolved, being on fire, and the elements will melt with fervent heat? 13 Nevertheless we, according to His promise, look for new heavens and a new earth in which righteousness dwells.”

I have two main points:

1. The terrible end of planet earth as we know it - the Day of the Lord

1) The Day of the Lord will come suddenly and unexpectedly v.10

2) The Day of the Lord will come with great calamity upon the whole universe.

3) The expectation of the Day of the Lord should stir us to a godly life. v. 11

2. The glorious beginning of the new world for which this world has been preparing

1) The terrible end of planet earth as we know it

1) The Day of the Lord will come suddenly and unexpectedly v.10

There are two main scriptures in which the day of the Lord is discussed in exactly the same way.

The second one is 1 Thessalonians 5:2 “For you yourselves know perfectly that the day of the Lord so comes as a thief in the night.”

The expression “a thief in the night” has often been interpreted to mean something secret, or unknown.

Turn with me to 1 Thessalonians 4: 13 - 18 and read with me very carefully. I read this at the grave side of almost every person whom I am called upon to bury. I read this passage and explain it because our present generation has so little understanding of the Word of God and what the future will hold.

This passage is often used to speak of the secret rapture of the saints, and often people speak of people suddenly disappearing, secretly “as a thief in the night”.

You will notice that there is no mention in that passage of a thief in the night. In fact, the Lord’s return sounds anything but secret. He will descend from heaven with a shout, with the voice of an archangel and with the trumpet of God. That doesn’t sound very quiet or secret to me. In fact did you notice that the expression “as a thief in the night” is not used in that passage?

But read on. Remember that the chapter divisions are not inspired. They were inserted by men.

1 Thes. 5:1 “But concerning the times and the seasons, brethren, you have no need that I should write to you. 2 For you you know perfectly that the day of the Lord so comes as a thief in the night. 3 For when they say, "Peace and safety!" then sudden destruction comes upon them, as labor pains upon a pregnant woman. And they shall not escape.”

Did you notice that once again the term, “thief in the night” is applied, not to the resurrection of the saints but to the day of the Lord?  It is not used in regard to believers but to the unbelievers, who are saying “peace and safety”

It is not used of something secret, but it is always used to represent that which is sudden, and unexpected. “For when they say, "Peace and safety!" then sudden destruction comes upon them, as labor pains upon a pregnant woman. And they shall not escape.”

Is this not in full harmony with the words of the Lord Jesus? Matthew 24:42 "Watch therefore, for you do not know what hour your Lord is coming." 43 "But know this, if the master of the house had known what hour the thief would come, he would have watched and not allowed his house to be broken into. 44 "Therefore you also be ready, for the Son of Man is coming at an hour you do not expect.

Matthew 25:13 "Watch therefore, for you know neither the day nor the hour in which the Son of Man is coming.”

In each of these passages, the Lord Jesus speaks of himself coming as a thief which sudden and unexpected. His coming should not catch true believers by surprise for we are to always to expect His coming. But if a supposed believer is careless, like the five foolish virgins, then his coming suddenly will reveal their lack of preparation and therefore their lack of true faith. 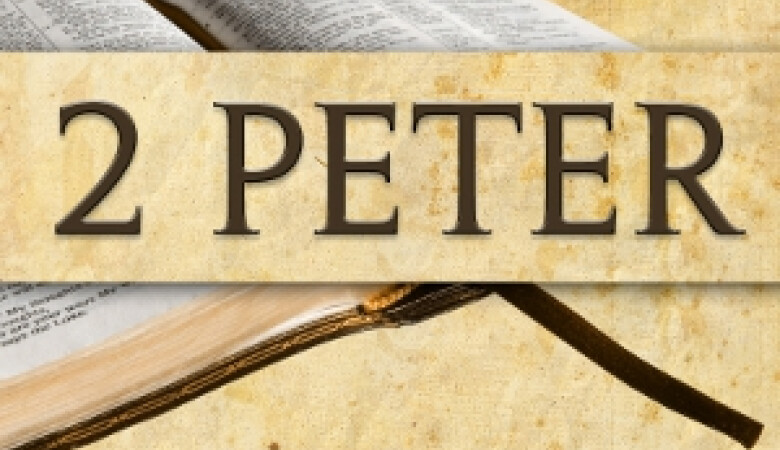 The long journey from being saved to true Christian Character.

We look at our assurance of salvation in this weeks sermon titled "How...

How Do We Know That the Word Of God Is True?

The Dangers of False Teachers.

This week we look at those who ridicule faith. How do we navigate...

Are you asking "if" there is a God, why doesn't he do something?...

Why does the Lord tarry? He tarries because the salvation of sinners is...