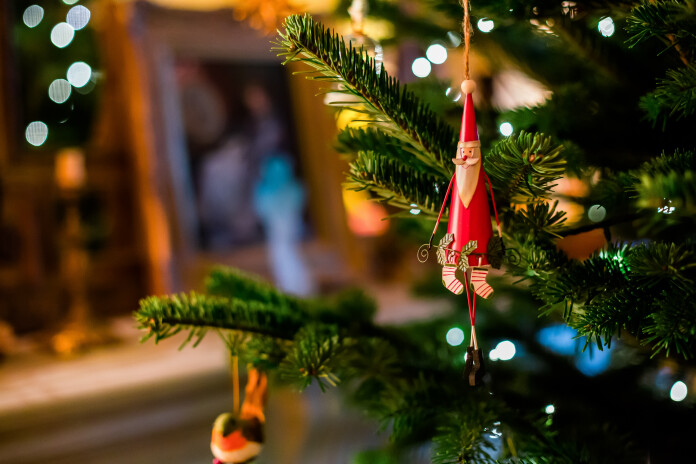 Who was the real Santa Claus?

In 1897, eight-year-old Virginia O’Hanlon wrote a letter to the editor of New York City’s The Sun newspaper. She asked, “Please tell me the truth, is there a Santa Claus?”

News writer Francis Pharcellus Church soon responded in the newspaper’s editorial section with one of history’s most reprinted newspaper editorials: “Yes, Virginia, there is a Santa Claus.”

He went on to explain “the existence” of Santa Claus in terms of the love and generosity that Christmas ushers in every December. He encouraged her not to be swayed by the skepticism of the age.

If only the answer were that simple. As with many holidays, there is history and myth intertwined in the traditions and origins of Santa Claus. Despite the commercialism of the season, there is a reality behind the story and history of Santa Claus.

There actually was a man known as Nicholas who was born in AD 280 in Asia Minor, which is modern-day Turkey. He was bishop of the church in Myra, participated in the First Council of Nicaea, and helped the church find the best language to describe the Incarnation of Jesus.

St. Nicholas was beloved because he spent his life helping the poor and underprivileged. He was the first to initiate programs for mentally challenged children. His love for children led him to visit their homes at night disguised in a red-and-white hooded robe to leave gifts of money, clothing, and food in their windows or around their fireplaces.

After his death, he was made the patron saint of sailors by the emerging Roman Catholic Bishop since his church was located in a port city and had an extensive ministry to those who traveled the sea. He was later named the patron saint of Russia. Nicholas was one of history’s most venerated saints, with more than five hundred songs and hymns written in his honor. Christopher Columbus arrived in Haiti in 1492 and named the port after him. By the year 1500, more than seven hundred churches in Britain were dedicated to him.

The Dutch especially appreciated his life. They spelled his name Sint Nikolass, which, in America, became Sinterklass, or Santa Claus.

His popularity grew through a poem written by Dr. Clement Clark Moore, a theology and classics professor at Union Seminary in New York. In 1822, he penned the classic, “A Visit from St. Nicholas,” better known today as “The Night Before Christmas.” Artist Thomas Nast illustrated the book, creating the figure we now know as the jolly Santa Claus.

That’s the reality behind the story of Santa Claus. St. Nicolas was never actually a jolly, slightly obese, white-bearded wizard who could magically slip down chimneys and supernaturally visit every child’s house in a single night, riding in a giant sleigh pulled across the sky by magical rein deer. Such stuff is obvious myth and superstition. But the real St. Nicholas’ selfless lifestyle was based on his love for God and people.

Of course, St. Nicholas, whoever he was or may have been, is precious to us because of the virtues that he portrays. St. Nicholas is but a poor reflection of the real miracle, Jesus Christ.