One of Kamloops’ oldest churches is merging with another church to form one, large church in downtown Kamloops. 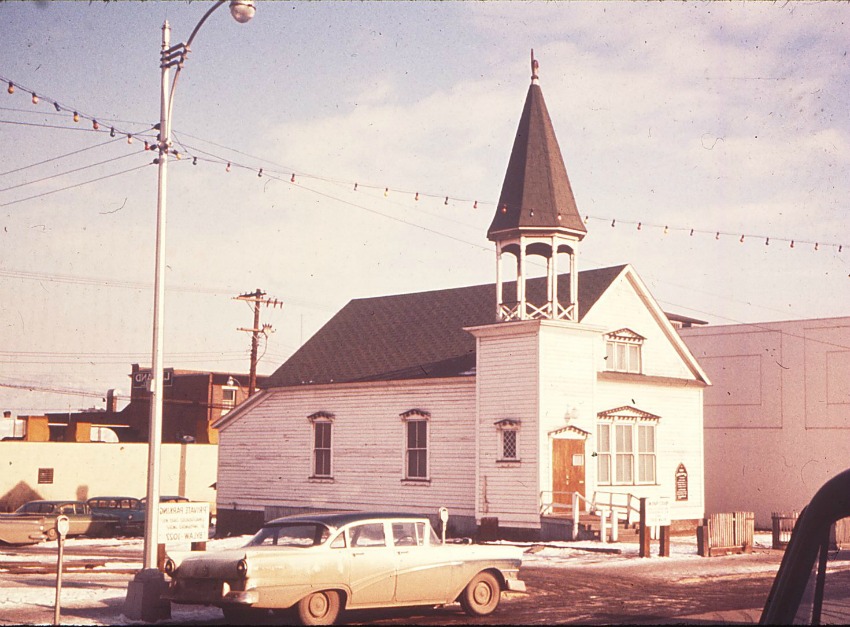 Photo Credit: Kamloops Muesum and Archives
The First Baptist Church dates back to 1893.

Although First Baptist Church has served the community of Kamloops over the last century, in recent years it had become known for its vibrant ministry to seniors. The congregation had begun to shrink because many of the members of the church had aged or died.

“We were doing a good job of looking after seniors, but we had been racking our brains for the past several years about what we could do to start reaching young families again,” says Allen Hern, interim pastor of First Baptist Church.

The proposal to merge the two churches came from the Bridge Baptist Church. Founded in 2008, the ministry was successful with young families and children. As a new church, however, they had no permanent place to call home.

“As a new church in Kamloops, we were all over the place, and we were connecting with young families everywhere we went,” said Joshua Claycamp, former pastor of Bridge Baptist Church. “We met in the movie theater by the mall, then the abandoned church over on 9th Avenue across from South Kamloops Secondary. Eventually, we ended up in a gym. We kept drawing in young families with all these kids, but we just didn’t have anywhere to put those kids. At the same time we realized that we were not doing a very good job of reaching seniors in our community. Then we had the idea to join with First Baptist. We felt it would be a perfect fit, bringing together the strengths of both congregations, complimenting each other.”

The official merger will take place on Saturday, March 26th at 3 pm at First Baptist Church on 454 Columbia Street. The Celebration Service is open to everyone in the community, representatives will be on hand as well as city officials.